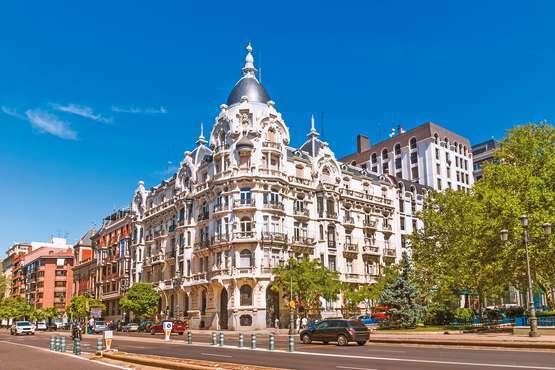 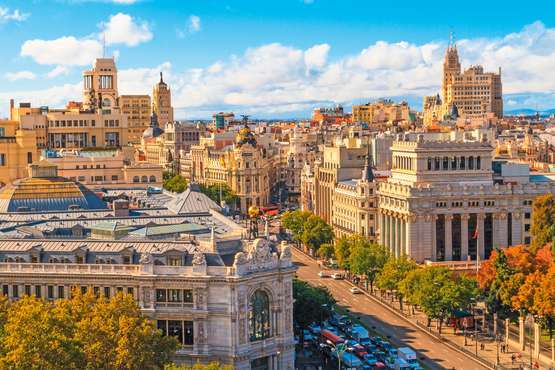 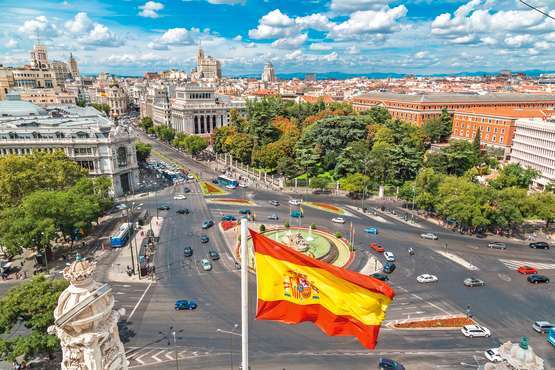 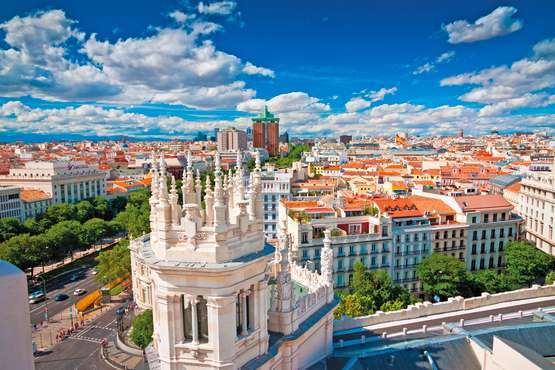 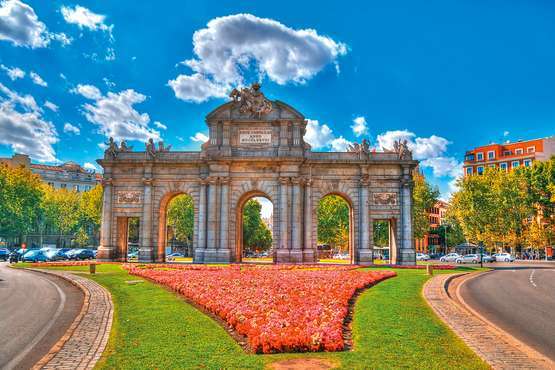 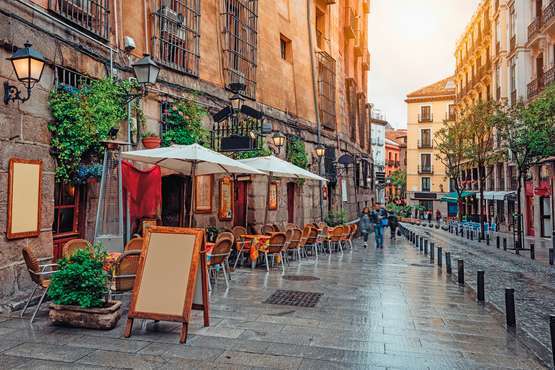 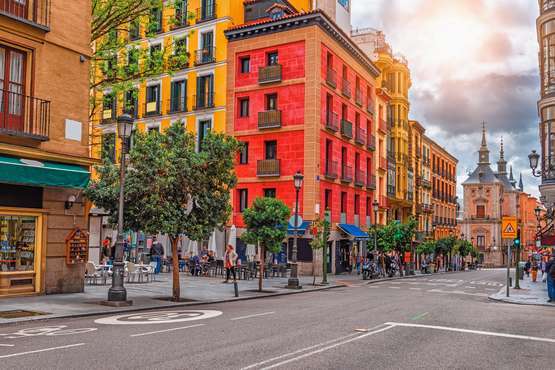 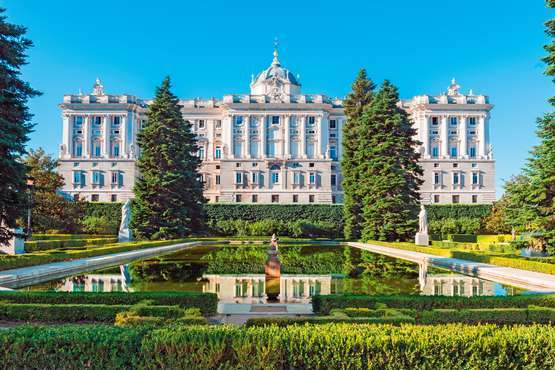 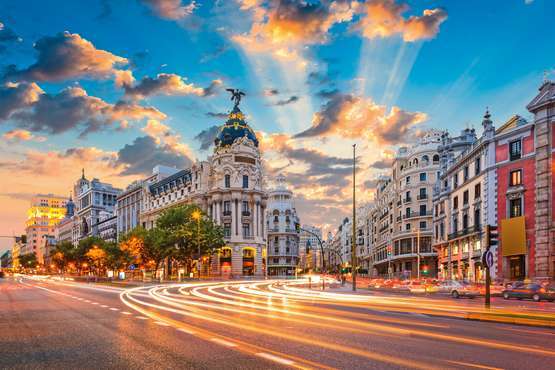 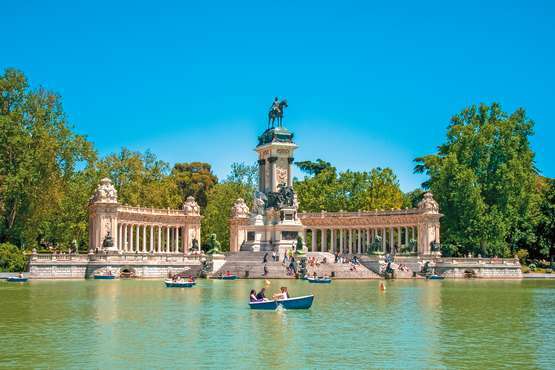 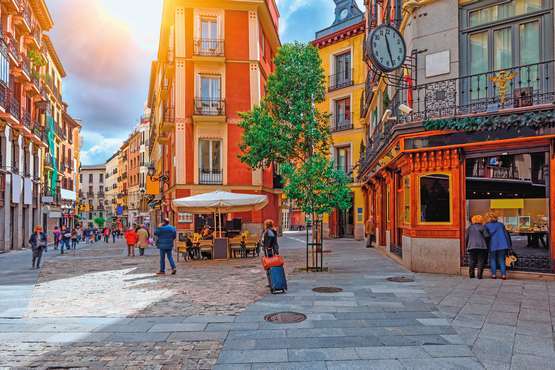 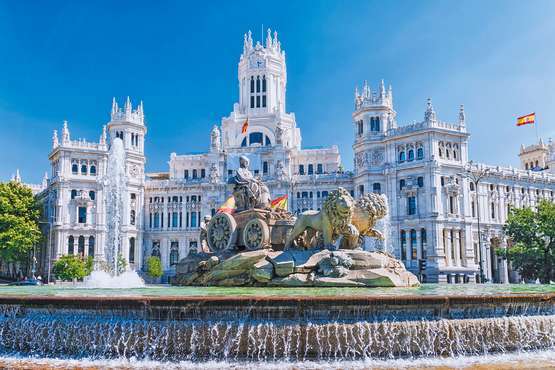 She was the queen of the cities and once ruled the New World... Here you can admire the most magnificent collections of paintings in the world, cheer for the football gods of Real Madrid and indulge in culinary delights.

The centre of Spain

The Spanish capital cannot score with sea connections like Barcelona or Alicante, but it is the seat of the Spanish government and the king and is also the commercial and financial centre of Spain. As a result, the city is of great national and international importance.

With a population of around three million, the city is the third largest in the European Union and the highest capital with an altitude of 667 metres.

There are more than enough sights to see in Madrid. Be prepared for magnificent palaces and immense squares. A beautiful place is for example Plaza Mayor. Beside magnificent buildings there are also many interesting museums and also the event program of the city leaves nothing to be desired.

City trips to Madrid can be made at any time of year, because the city has its own special charm in all four seasons. We will be happy to book your arrival and departure as well as the appropriate hotel for you. We would be delighted to advise you on your next city break. We know what you must have seen where and are happy to pass the tips on to you. 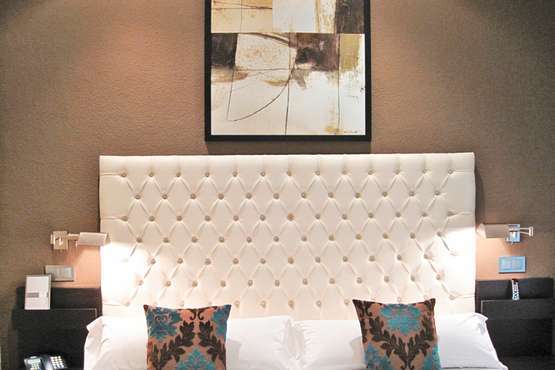 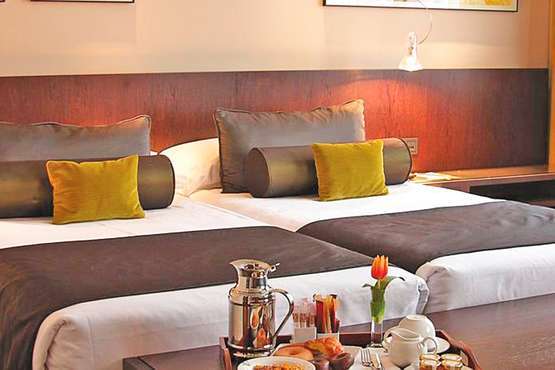 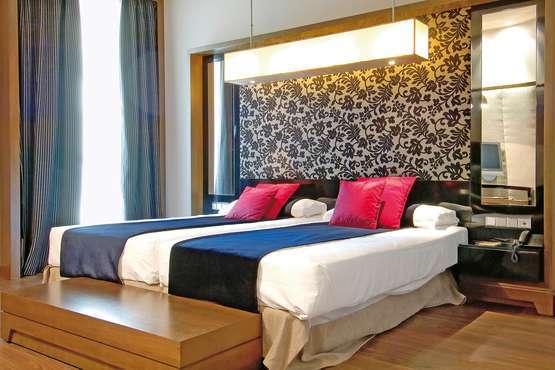 Madrid – Our personally audited hotels and accommodations in