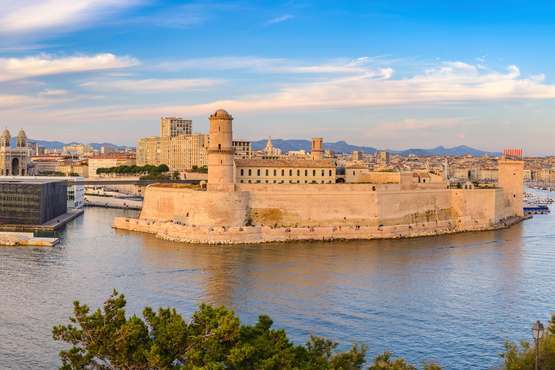 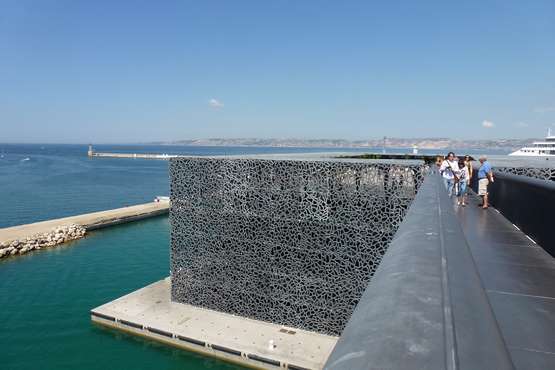 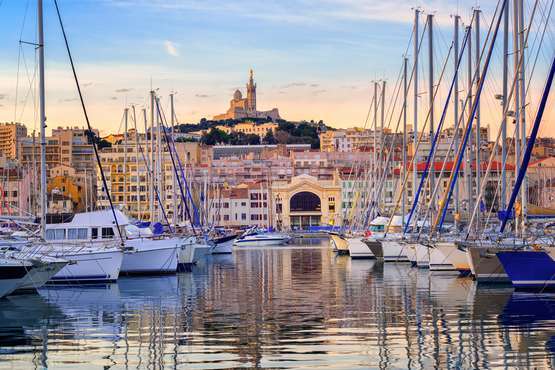 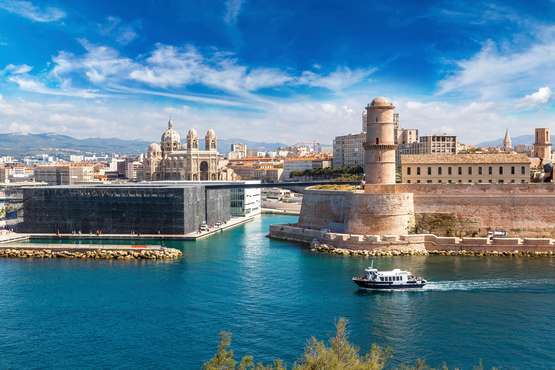 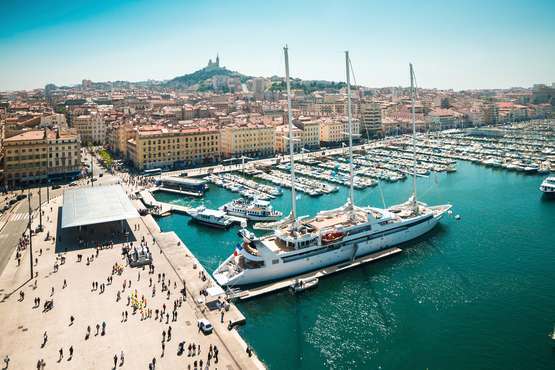 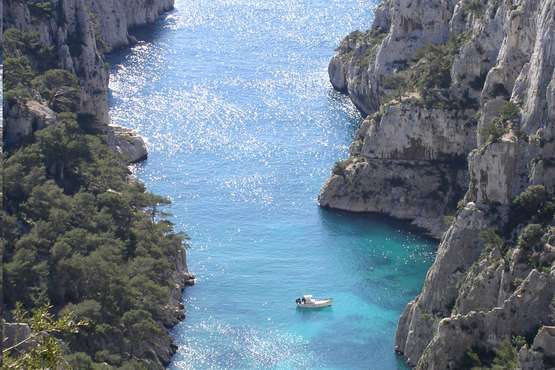 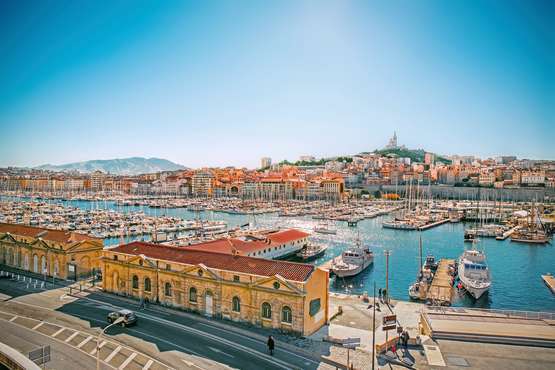 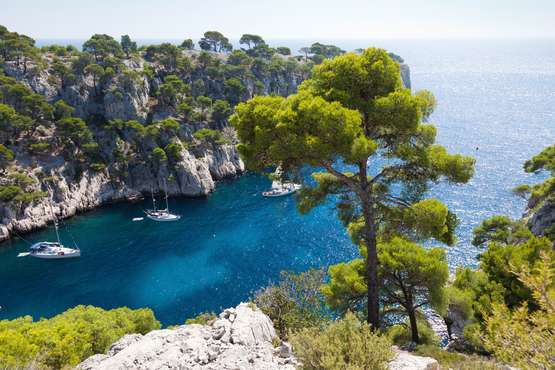 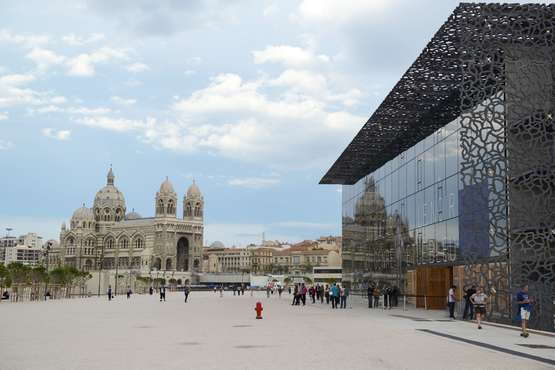 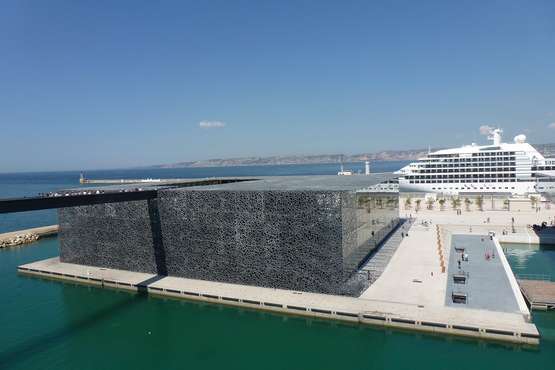 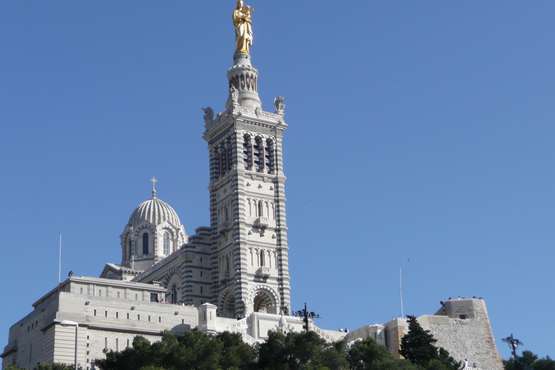 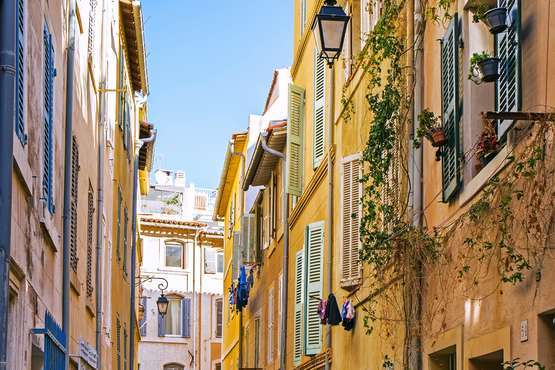 When you think of Marseille, you think of the singing southern French accent, the bouillabaisse, the picturesque old town quarter of Le Panier. But the cultural capital Marseille with its new old harbour and the MuCEM has become a trend destination.

Surrounded by picturesque bays and azure sea, Marseille cannot be compared to any other city.

The Old Port, the heart of Marseille

The old harbour at the end of the Canebière is still today the heart of the city. The fish market, the fishing boats and yachts, the bars and restaurants along the quays create an vibrant atmosphere. Access to the port is guarded by two fortresses, Fort Saint-Jean and Fort Saint-Nicolas. After an extensive renovation of the port, the promenade became a pedestrian zone in 2013, the Cultural Capital of Marseille. Particularly noteworthy is the elegant steel pavilion designed by architect Norman Foster, which reflects the coming and going of tourists from all over the world.

Le Panier, the Montmartre of Marseilles

Marseille, the oldest city in France, was built 2600 years ago on 3 hills. "Le Panier" is the site of the first settlement of Marseille and thus the oldest quarter of the city. Its village character and its steep alleys are reminiscent of Montmartre in Paris. Despite many renovations, it has retained its authentic charm and enchanted by its maze of alleys, its quiet squares and tightly packed houses. Small bistros, cafés, restaurants, boutiques and studios make for lively activity. A museum and cultural centre is located in the Vieille Charité, a former hospice for the poor.

La Major Cathedral, a majestic blend of Byzantine, Romanesque and Gothic styles, is as gigantic as St Peter's Basilica in Rome. At the port it welcomes cruise tourists in the new Euroméditerranée district, one of Europe's largest urban renewal projects: the "Halles de la Major" market halls are a true temple of gastronomy, terraces and shops are being built on the docks, and the two skyscrapers by Jean Nouvel and Zaha Hadid are now shaping the skyline. Right opposite, the Basilica Notre-Dame-de-la-Garde, affectionately called "Bonne Mère", continues to watch over the city on its hilltop.

The MuCEM, Museum of the Civilizations of Europe and the Mediterranean, has changed Marseille's appearance, improved its image and made the city an important cultural metropolis. It displays collections and special exhibitions dedicated to Mediterranean civilizations. The cubic and glazed building with its filigree concrete structure is situated on an artificial peninsula in the Old Port and is already one of the most visited museums in the world.

In Marseille, a metropolis located directly on the waterfront, a city trip can be perfectly combined with a weekend by the sea. Discover on a boat trip the calanques, majestic fjords and small bays with unique flora and fauna, which have been declared a National Park, or small islands at the gates of Marseille, such as the rock island with the Château d'If, famous for Alexandre Duma's novel "The Count of Monte-Christo". Fancy a beach? The Plage du Prado beach with its park extends 3 km to the south and can be reached by metro; the sandy beach Les Catalans is in the middle of the city.

By TGV to the heart of Marseille

The TGV takes you from Geneva directly to the city centre. Book the train, your hotel and even the Marseille City Pass for your excursions and visits on our website with just a few clicks. If you have any questions, we will be happy to advise you. Have a good trip to Marseille with Frantour!